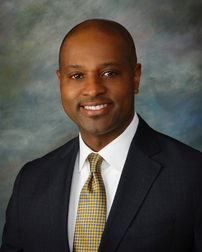 Dr. Byron D. Clift Breland has more than 25 years of administrative and teaching experience in higher education and currently serves as Chancellor of the North Orange County Community College District – one of the largest community college Districts in the state of California, serving more than fifty-seven thousand students and employing over 3,200 staff. Dr. Clift Breland was the former chancellor for the San Jose – Evergreen Community College District (SJECCD) and served in that position for 4 years. In that role, he worked to develop innovative partnerships that provide meaningful educational and job training experiences for the diverse student populations of San Jose City College, Evergreen Valley College, the Community College Extension Center in Milpitas, and the Center for Economic Mobility, located in downtown San Jose.

Prior to being promoted to the SJECCD Chancellor position, Dr. Clift Breland served for four and a half years as the President of San Jose City College (SJCC), where under his leadership, SJCC became positioned among the top institutions in the nation in career education and workforce preparation. In addition, Dr. Clift Breland has overseen the opening of a college extension center in the city of Milpitas with a focus on dual enrollment for high school students. He was also instrumental in assisting with launching the City of San José Promise, which provides up to two years of cost-free education and breaks down financial barriers for students in San Jose. Also, under Dr. Clift Breland's leadership, both San Jose City and Evergreen Valley Colleges were recognized by the State as top transfer institutions when it comes to transferring African American and LatinX students to four-year institutions. The District also renewed it's accreditation status, and refinanced over 400 million dollars in bonds, saving taxpayers over 6 million dollars in taxes, and fees, and reaffirmed it's A++ credit rating while Dr. Clift Breland was Chancellor. In the one-hundred-year history of the San Jose – Evergreen Community College District, Dr. Clift Breland was the district's first African American chancellor.

Previously, Dr. Clift Breland served as Associate Vice President/Provost at Long Beach City College's Pacific Coast Campus; Associate Dean of Student Development at Santa Ana College; and Assistant Dean, Director of Judicial Affairs at the University of California, Irvine, serving both the undergraduate and medical school campuses. In addition, he has held administrative positions at University of Southern California and University of Maryland at College Park.

In 2021, Dr. Clift Breland was elected by his peers to serve as the Chair of the Board of Directors for the Community College League of California (CCLC), and as the President of the Chief Executive Officers of the California Community Colleges Board. In this position, Dr. Clift Breland worked with the CA Community College League and the CA Community Colleges Chancellor's Office to transform the lives of our diverse students and strengthen communities statewide through advocacy, leadership development, district services, coalition building, and policy advancement during a uniquely challenging time as the CA community college system worked hard to return students to the classrooms and campuses during the pandemic.

The theme, "Groovin' Through Time," emceed by NOCCCD's Educational Services and Technology Coordinator David Soto, included specialty desserts, custom coffees, Lindt chocolate, and savory snacks, as well as fun photo opportunities with Doc Brown and the DeLorean car, a special appearance by an 80's stormtrooper, and the Chancellor! Families enjoyed creating crafts and kid-friendly snacks at the Children's Corner, many rocked the dance floor, and others visited information booths, including the Fullerton College Mindful Growth Initiative and Cypress College Veterans Resource Center. Forty-five participants enjoyed taking a break to join in an art workshop hosted by NOCCCD's Administrative Assistant II, Professional Development, Joseph Aranda. Participants were provided step-by-step instructions on drawing a dinosaur, were entertained with dinosaur fun facts, and received a donated official Disney BB8 hat at the end of the workshop.

Thank you to community partners Marsha's Sweet Cakes, Lattes on Location, Lindt Chocolate, The Fotobotz, Chick-Fil-A, and Talent Plan Entertainment; and, a very special thank you to the collaboration with Valley Christian School where the students made custom NOCE vases in their advanced art class for display at the event.

Fullerton College
Freshly popped popcorn filled the air during the BBQ with Breland on Thursday, December 1, 2022, delighting students during the marquee event that felt like a throwback to fun times before the pandemic. More than 650 attendees embarked on the Fullerton College quad and enjoyed celebrating the Investiture of Dr. Breland with music and dancing, food, carnival games, 360 photography, caricature artists and a large blow-up slide.

A VIP reception beforehand gave Dr. Breland a chance to visit with campus leaders and partners from the community. Teams from the Office of Campus Communications, Student Life and Leadership, Associated Students, Facilities, Theatre Arts, the President's Office and volunteers across campus all worked to bring the event to life. Senator Josh Newman provided his ice cream truck where more than 600 ice cream novelties were given out for free!  A fun time was had by all!

Before Dr. Breland shared his address, NOCCCD Board of Trustees Secretary Evangelina Rosales read the official "Charge of the Chancellor" and bestowed upon Dr. Breland the medallion symbolizing the high office which he now holds. In his address, Dr. Breland thanked his colleagues and mentors and recognized his family who helped him get to where he is today, as well as shared his passion for community college education, equity and social justice, and student success.

Following the ceremony, guests gathered outside the theatre for Live Jazz music performed by Cypress College Music Department's "Funk Family" and an hors d'oeuvre reception. Dr. Breland commented, "this Investiture was about the community, the faculty, staff and students of this wonderful District that care so much about the future of Orange County. I am honored to be working and serving in this space as Chancellor and to be part of the great legacy that is NOCCCD."

Click here to view a livestream of the Investiture Ceremony. For photos from the event, click here.

A special thank you to the Investiture planning committees at District Services, Cypress College, Fullerton College, and NOCE, as well as to those on each campus whose invaluable support and assistance helped coordinate the week of festivities.